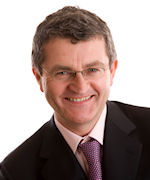 Tony graduated from UCC with a B.Comm in 1982. He was apprenticed to Edward Sheehan, the founder of the practice and qualified as a Chartered Accountant in 1985. He then worked in London for Howard Tilly, Chartered Accountants. He returned to Ireland and entered into partnership with Edward Sheehan, as Sheehan & Glavin. He has extensive experience dealing with the SME and self employed market and offers clarity of thought and the ability to communicate these thoughts to clients in an energetic manner. Outside of the practice Tony is a director of a retail business and is a director of Lismore & Cappoquin Credit Union Ltd. He is a member of the Evaluation Committee of Waterford County Enterprise Board since it's inception. Tony is married to Niamh O'Brien and they have two children, Hannah and Tadhg. He is a native of Ballymadog, Youghal, Co. Cork but now lives in exile in Lismore. 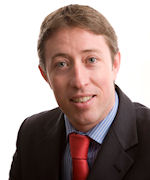 Ian graduated from UCG in 1994 with a B.Comm. degree. He joined the practice of Sheehan & Glavin in as an apprentice and qualified as a Chartered Accountant in 2001. He became a partner in the practice, renamed Glavin & Ronan, in 2008. Having trained within the practice Ian also has extensive experience in dealing with the small to medium sized businesses in all areas of accounting and tax. Ian has a keen interest in GAA having played all grades with his local club Ballyhea. He also played on the UCG Fitzgibbon Cup team and represented Cork at U21 level. His other sporting interests include greyhounds and horses.

The practice was founded by Edward Sheehan in 1982. He is a native of Coolagown, Fermoy and had qualified as a chartered accountant in Dublin. After qualification he worked for Deloitte & Touche in Dublin and subsequently as financial controller for Galtee Pork & Bacon in Mitchelstown. Tony Glavin was his first apprentice and subsequently over ten more apprentices have qualified as chartered accountants with the practice. Tony Glavin went into partnership with Edward on his return from London. Edward retired from practice in 2000 and now works for the Law Society as an Investigating Accountant. Tony Glavin traded as a sole trader until 2008 when Ian Ronan became his partner.

The practice operated from an office next to Edward Sheehan's house in Kilmagner, Fermoy until December 2010 when we moved to our present location. The practice has grown consistently since it's startup in the recessionary '80s and now employs ten people.